DISCOVER THE STORIES BEHIND OUR VAN DER VALK ARTWORKS!

The history of the best-known hotel family in the Netherlands is an eventful story, in which boundless ambition, strong family ties and the necessary portion of coincidence and luck play an important role. The story begins at... the dairy of Nicolaas, the great-great-grandfather of Tim van der Valk, the current manager of Hotel Beveren. In 1862 Nicolaas bought a farm in the Dutch village of Voorschoten with a name that promised much for the future: "de Gouden Leeuw" (the Golden Lion).

As father of no less than 24 children - 14 by his first wife, 10 by his second - Nicolaas had to find an extra income to feed all those mouths. He had to make ends meet with the income from his work as a farmer. This is how he came up with the idea of turning his farm's milk room into a café with a veranda. It was an instant success. The Gouden Leeuw was situated on a busy connecting road between Leiden and The Hague: many farmers on their way to the market liked to take a break in the new drinking establishment. They were always welcome here for a refreshing pint, a strong coffee and - most importantly - a pleasant chat.

When Nicolaas died in 1902, his wife, the strong farmer's daughter Elisabeth Groenewegen, was left alone behind the bar. "That's no place for a woman," thought the council of Voorschoten and promptly withdrew the liquor licence. Elisabeth stuck to her guns: eventually she was allowed to serve alcohol again and with the help of her son Martinus she ran the pub for almost 25 years. This made her the only woman to have headed the Van der Valk family dynasty.

In 2021, the Hotel de Gouden Leeuw still exists: not much remains of the original building, but the hotel is still considered the cradle of the hospitality chain. 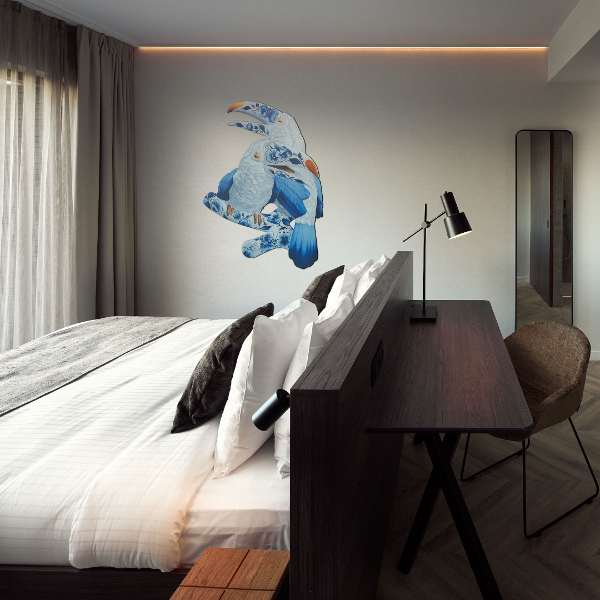 The Americans have the Hiltons, the Dutch the Van der Valks. But why a toucan as a logo and not a hawk (Valk)?

Martinus, the benjamin, the offspring of Nicolaas Van der Valk, was a born merchant and a man full of ideas that could be put to good use: in addition to the farm and the café, Martinus started up a butcher's shop, a car dealership, a liquor store, a contracting firm, a travel agency, a luxury shipping firm, a fruit and vegetable business, a rose nursery and a flower wholesale business. Of course, it was impossible for one man to run all these businesses himself. He preferred to leave that to someone else, including his wife and children.

Like every van der Valk, Martinus was stubborn in his character. Going to school? Rather to work: every child was therefore involved in the business from an early age. Reading books? No way: better to use them to light the stove. The children were raised on the hospitality trade and the entrepreneurial spirit. When the opportunity arose to expand the "De Gouden Leeuw" pub, his wife insisted that extra rooms be built so that his daughters could lend a hand. Martinus eagerly agrees. Later, he and his wife make sure that each child gets a hotel. That way, they can get a flying start when they stand on their own two feet.

Dare to see value and opportunities where others do not, was one of the life lessons that Martinus learned from his father Nicholas. With this in mind, in the mid-1950s he bought Avifauna, a bird park that he converted into one of the best-known hotels and zoos in the Netherlands. This is where the family found inspiration for the logo of all the hotels, the toucan. At first glance, the hawk seems a more logical choice, but this bird of prey has too many connotations associated with the Second World War and the Nazi regime. The toucan, on the other hand, is a beautiful, large, tropical bird. A cheerful and cosy animal that radiates Van der Valk's warmth. 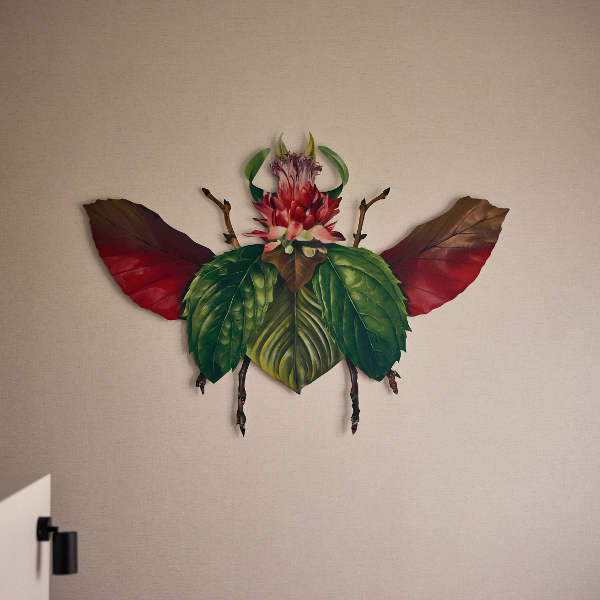 Martinus' youngest son, who shared his father's name, spread his wings and started a hotel across the border, in Beveren, the heart of the Belgian Waasland. In 1962 Martinus (junior) and his wife Ans bought the former pub, 'Het Heideroosje'.

Gerrit - Martinus' older brother - had come up with the idea of starting motels. He had taken his inspiration from the United States. Comfort and convenience are what travellers want, Gerrit reasoned. Van der Valk quickly grew into a trusted brand in the Netherlands: business people easily found their way to the hotels because of their convenient locations and leisure travellers enjoyed the generous everyday cuisine.

Martinus also saw potential in the motel formula and 'Het Heideroosje' was transformed into a motel-café. Like his father, Martinus ensured the continuation of the hotel: his son Eric succeeded his father at the manager's wheel in 1980. In the 1990s and 2000s, a series of expansions took place. Not only was the hotel now able to accommodate many more guests, but there was also more room for parties and meetings, and you could enjoy a meal in the gastronomic restaurant. Under the reign of Eric and his wife Martine, the hotel can boast an extra star at the entrance. The counter now stands at four stars. 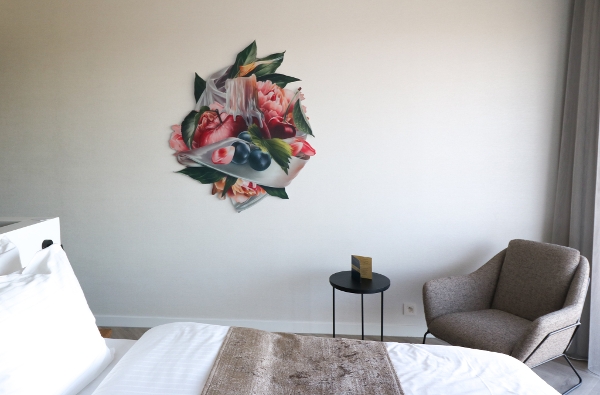 Ask anyone in the Netherlands what they think of when they think of Van der Valk hotels and the first answer you are guaranteed is 'apple sauce with a glazed cherry'. Restaurants are part of the DNA of the famous hotel group. Just about every Valk hotel has a restaurant and they are all culinary gems nowadays. Then why is everyone talking about applesauce?

The original idea to serve food in 'De Gouden Leeuw' came again from great-grandfather Martinus. As a merchant he was often on the road and noticed that it was difficult to get good and tasty food in hotels. Martinus preferred to leave the implementation of the restaurant idea to his wife, Rie van der Valk-Mulder, who reluctantly got behind the pots and pans. Martinus' device was 'just make what you make at home'. Rie's typical Dutch food was a resounding success.

Later, more and more people found their way to the hotel restaurants run by Martinus' children, where you could enjoy an annually changing menu and some evergreens like the Wiener Schnitzel. More people visiting meant more work for the staff. To reduce the amount of walking, waiters would put all the dishes on the table at the same time: salad as a starter appeared together with the main course and apple sauce as dessert. So instead of dessert, customers started eating applesauce as a side dish, something to be served with schnitzel or chicken leg. Or how a trivial bowl of apple compote took on almost legendary proportions.

For a long time, apple sauce could not be absent from the menu in Beveren. However, under the management of Eric and Martine, the restaurant grew into a gastronomic attraction with refined top cuisine, where Martine always ensured a cosy and stylish atmosphere. Candle lighting on every table, decorative napkins and a beautifully laid out table cover: it soon became an integral part of the Hotel Beveren trademark.

The Family coat of arms 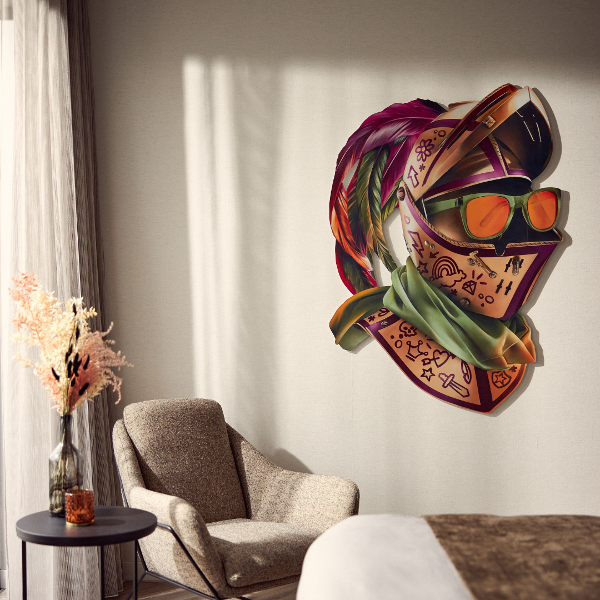 When someone remarked to Martinus, Tim's great-grandfather, that he had made it far, he always replied firmly, "Yes, but not without my children. And the same was true the other way around. Tim's parents gave him a look behind the scenes of the hotel business. And that, of course, didn't stop at watching. On the weekends and busiest days of the year, each Valk junior was allowed to roll up his sleeves. Tim shivered, coming and going from the hatch to bring Sunday clients their coffee. The hotel became a second home, where Tim felt like a fish in water.

With more than 100 hotels in half a dozen countries and more than 10,000 employees, van der Valk has grown into a hotel empire. Step into any hotel and you will learn that the manager belongs to the family. For five generations. At Hotel Beveren, Tim took over the torch from his parents in 2012. Thanks to a hotel and business education, he put the lessons of his parents in a more modern context. Since a few years he runs the business together with Pauline Peeters, with whom he has two children, James & Alice. So the next generation is ready? Time will tell.

With Tim and Pauline at the helm, Hotel Beveren now has no fewer than four restaurants: Nest, OZZO, Jardin and Live Cooking. With a wonderful wellness, expansion of no less than 64 rooms and many other facilities, Hotel Beveren has become so much more than a hotel. There is something for everyone to enjoy.

In all those years a lot has changed, but Hotel Beveren always stands for a cozy and homely atmosphere with contemporary quality and luxurious comfort. For almost six decades everything revolves around hospitality: as a customer you are not only king, but also part of the family.